Skip to content
HomeThe Spotlight On The AFC North In 2015

Ah the AFC North, always one of the toughest divisions in all of football. A division defined by smash mouth in your face football. Id also say that this division was the hardest for me to breakdown because while every team in the division is talented, they also all have their flaws, some more glaring then others. At the end of the day, with such even teams in the division, it’s going to come down to who has the easiest schedule and how these teams play agaisnt each other.  Let’s get into it.

I’m not as high on the Ravens as some people are.  For one, I really don’t think they have enough playmakers on the offensive side of the ball.  Rookie wide receiver, Bresshard Perriman has barely played in preseason and Steve Smith is at a point in his career, at age 36, where he’s no longer a number one wide receiver.  I’m also not sold on Justin Forsett as a feature back.  That said, the Ravens have an elite quarterback in Joe Flacco, that’s right I said elite, and the benefit of a veteran defense led by Elvis Dumervill and Terrell Suggs that will win them close games.  The main piece that seperates the Ravens from the the other teams in this divison is that their schedule is also leaps and bounds easier then it is for the Steelers and the Bengals.  There is no reason that the Ravens can’t get off to a 9-3 start and then they finish  with three out of the final four games at home.  It’s because of this that the Ravens are my number 2 overall seed in the AFC and they may even make a push for number one.  Again, more because of schedule then anything else.

I actually think, on paper, the Steelers have more talent, on the offensive side of the ball then the Ravens but they may really struggle out of the gate as they will be without their center Maurkice Pouncey, who’s injured, and without running back Le’Veon Bell and wideout Martavis Bryant, who are both suspended for 2 and 4 games each respectively.  Their schedule is also stiff as they have trips to New England, San Diego, Seattle, and Kansas City while hosting both the Colts and the Broncos.  That October 25th trip to KC may actually end up determing the sixth seed in the AFC as the new look Chiefs also have a brutal schedule.  I’ll give the nod to Big Ben and co as they’re simply better at Quarterback and few coaches are as good as Mike Tomlin.

The talent has always been there for the Bengals as they’ve been one of the few constants in the AFC playoffs since 2010.  They may in fact have the best position player talent in the division, I just don’t like their head coach and I don’t believe in their quarterback.  At some point the team is going to falter and miss the playoffs and I think this is the season.  Their schedule is also brutal as they have trips to Oakland, Baltimore and Buffalo along with home games to the Seahawks and Chiefs and this is all before their bye in week 7.  If they somehow survive that with a .500 record they have trips to Pittsburgh, Arizona and Denver following the bye.  Too much to overcome for the Red Rifle and Company this year. 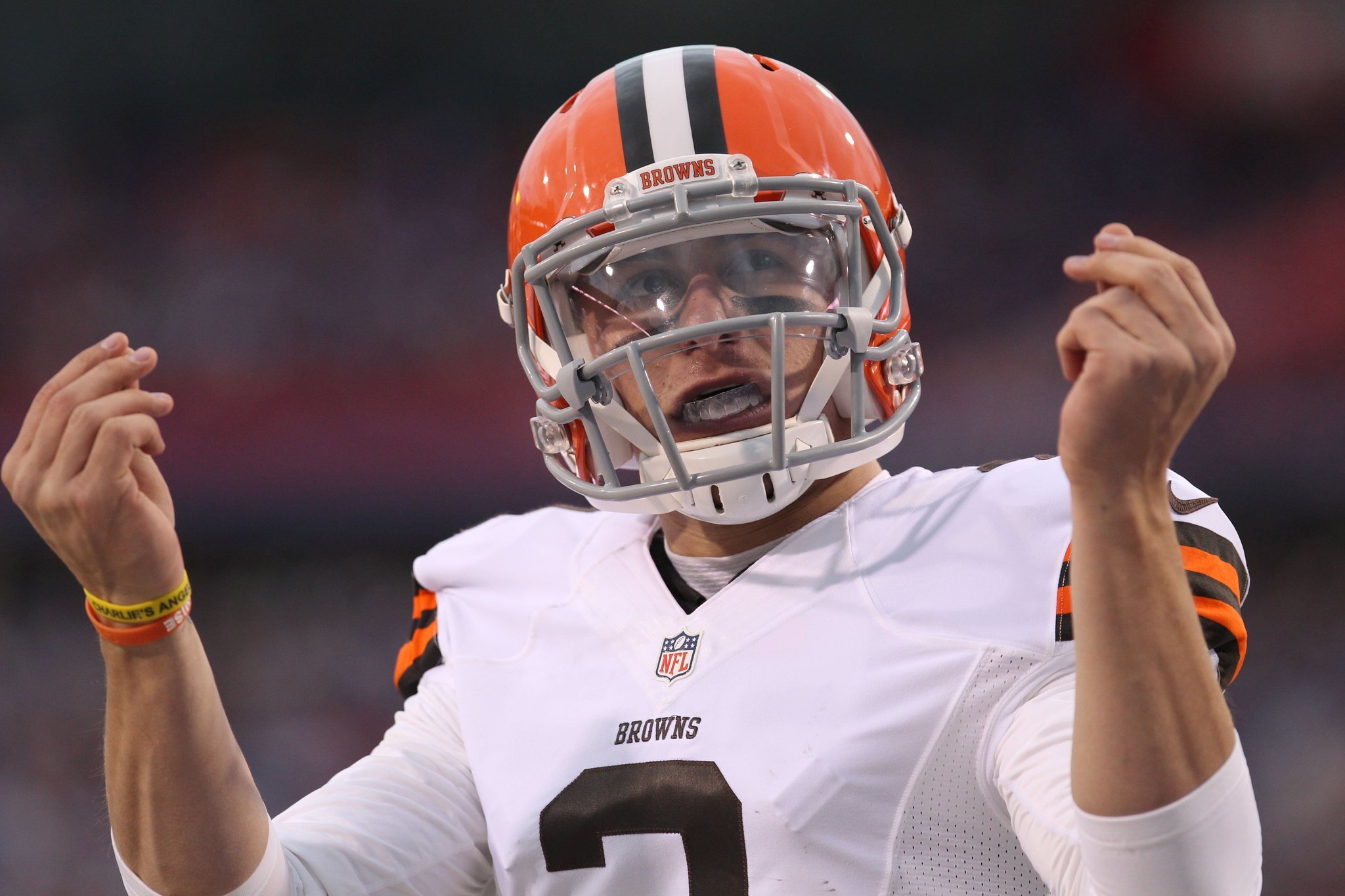 There is actually a small chance that the Browns will start their season by winning 3 of 4 but then things are going to take a downturn quick whether or not Johnny Manziel plays.  With Manziel not starting the season at quarterback the Browns, that means that the Browns have exactly ZERO dynamic players on the offensive side of the ball.  Are you sold on Isaih Crowell?  I’m not!  How about Dwayne Bowe, who led a wide receiving corps for the Kansas City Cheifs last season that didn’t register a single touchdown?  I didn’t think so.  It’s not the team’s fault that Josh Gordon is a knucklehead but if you were hoping the Browns would help that title drought for the city of Cleveland this season…ok, really?  Was anyone thinking this Browns team would help solve the title drought?  If so I got nothing for Ya

That’s going to do it for the AFC North.  I’m taking both the Ravens and the Steelers out of this division to finish with the number 2 and number 6 seeds respectively.  A little bit later on I’ll take a look at the AFC East.  Until then, who do you see coming out of the AFC North this season?