Skip to content
HomeThe Spotlight On The 2015 MLB Awards

With tonight’s announcement of baseball’s National League and American League MVP Award Recipients, we can officially put a bow on the 2015 season that was. While there were not many surprises with this years award winners, most would not have predicted these outcomes before the season began. So without further ado, let’s jump right in. 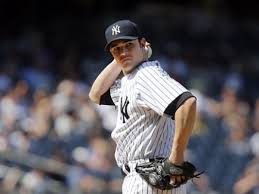 The award season kicked off with the announcement of the Relievers of the Year. Personally, I miss the Rolaids sponsorship as nothing could be more fitting when it comes to a late game situation, but times have changed and so has the dynamics of a bullpen. That being said, it was little surprise to see Andrew Miller of the New York Yankees take home the award for the American League, now named for Mariano Rivera, while Mark Melancon won in the National League, now named for Trevor Hoffman. 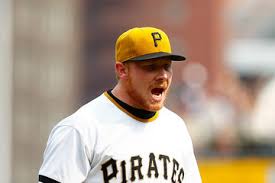 While neither winner have been household names in the past, they took on their roles and completely dominated opponents this season. Miller finished with 100 strikeouts over 61.2 innings and had a minuscule 0.86 WHIP to go along with just 2 blown saves. Melancon was the major league leader in saves with 51 over 78 games for the National League’s best bullpen in Pittsburgh. 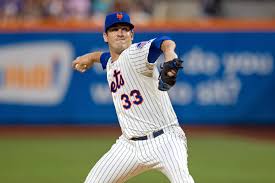 The next award, that came with little debate, were the Comeback Player Awards. While the NL winner, Matt Harvey, took his team into the 9th inning in the decisive game 5 of the World Series, the AL winner, Prince Fielder, came back from a serious neck injury to lead Texas into a surprising AL West Title. 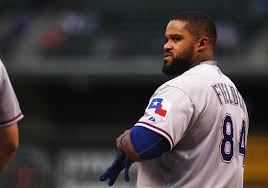 Prince Fielder, coming off of major surgery last season, played in all but 4 regular season games while posting a .305 average with 23 homers and 98 batted in. That was quite an impressive feat for the 31 year old robust first baseman. Matt Harvey, in his first season back from Tommy John surgery, pitched 189.1 regular season innings while posting a more than impressive 2.71 ERA and a not-too-shabby 26.2 innings in the postseason. Both were the right call for this award, but I will admit, I thought Alex Rodriguez would have given Fielder a run for his money, and deservedly so, as he carried the Yankees at times during the regular season. 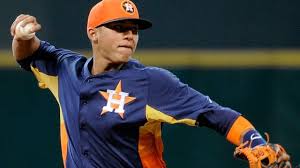 Now onto the kids, although as I get older, all of these major leaguers start seeming like kids to me. Again, with little debate or surprise, Carlos Correa took home the American League Rookie of the Year, and Kris Bryant took home the hardware for the National League.

Carlos Correa played in just 99 games as a 20 year old, but 99 games was all that was needed to show the world he is the real deal. In his limited stint with the Astros, he hit 22 long balls, 22 doubles, stole 14 bases and played gold glove caliber defense. Shades of a young Alex Rodriguez (hopefully without the juice). Kris Bryant, despite all the typical hoopla surrounding a Scott Boras client, did not disappoint in his own right. He was tagged as the savior and face of the Cubs and with good reason. He stepped into Wrigley and mashed homers to the fans delight. He finished with 26 home runs, 99 RBI and most impressively received all 30 first place votes finishing clearly ahead of Matt Duffy.

Pulling into the final turn before the big two, the next awards issued were for Managers of the Year. While the National League really was a tossup between 3 unique candidates, with Joe Maddon beating out Terry Collins and Mike Matheny, the American League is the first award I felt was incorrectly awarded. Jeff Banister took home the hardware, with should-have-been- winner A.J. Hinch finishing 30 points back and Paul Molitor rounding out the top 3.

There can be an argument made for all 3 NL managers, but considering how quickly the Cubs arose from the dead, Maddon was more than deserving. Having to manage so much inexperience and youth is quite the challenge and Maddon was the perfect man for the job. Matheny finishing second is more due to his team’s annual appearance in the postseason and the numbing of how good of a manager he actually is with the ever changing pieces on his roster. Jeff Banister, who I honestly couldn’t have told you was the Rangers manager two weeks ago if you asked me, won the award by a substantial margin, but the team is filled with talent, as they are most years. A.J. Hinch, however, took the lowly Astros on a division leading run into and through the playoffs with a number of young unprovens such as Dallas Keuchel and Carlos Correa. I don’t deny that Banister was deserving, but Hinch was a bit more deserving.

Now down to the stretch run. Here come the horses… on the mound that is. While in my opinion the American League Cy Young was a pretty obvious choice in Dallas Keuchel, besting Price and Gray by a substantial margin, the National League was a pick ‘em. Greinke and Kershaw could be written into the top 3 every season, and this year were joined by newcomer Jake Arrieta. There aren’t many words to describe the second half that Arrieta had which led to his first Cy Young Award, but the voting was as close as expected.

Keuchel is the first Cy Young winner on the Astros since Clemens in 2004 and very deserving of the nod. He finished with 20 wins, 216 strikeouts and an unreal home record of 15-0 with a 1.46 era. Don’t forget, he plays in the bandbox that is Minute Maid Park. If it was up to me to create a new MLB Award category, he would also be the Beard of the Year Award winner. Arrieta was the first Cy Young winner on the Cubs since Maddux all the way back in 1992 (no, Maddux wasn’t always a Brave for you casual fans). Arrieta (also bearded but not on Keuchel’s level) led the majors with 22 wins and had the second best ERA behind Greinke, with a 1.77. He struck out 236 opponents, pitched a no-hitter, and had an ERA below 1 in the second half of the season.

Last, but certainly not least, the 2015 MLB Award season gets wrapped up with the announcement of the league MVP’s. While the debate should and will continue as to what really constitutes an MVP, we will focus on this year’s recipients and leave the debate on the true meaning of the award for another time. The MVP of both leagues was essentially wrapped up by the All-Star Break. Yes, there were a few deserving players in each league, but for the bulk of the season 2 players stood far and above the rest and they ultimately are clearing spots on their mantles this evening.

The National League MVP Award winner is 23 year old Bryce Harper. Harper completed his first fully healthy season and finally showed the potential that has been discussed and drooled over since his MLB debut as a 19 year. Harper became the youngest unanimous winner in history as he received all 30 first place votes. He easily beat out Goldschmidt and Votto for his first of likely many MVP awards. Harper finished his MVP season batting .330 with 42 homers, 99 batted in and scored 118 runs to go along with a canon for a left arm.

The American League MVP Award winner is first year Blue Jay, Josh Donaldson. Donaldson’s .297 average, 41 homers, 123 RBI and 122 runs were a big factor in leading the Blue Jays to their first playoff appearance since 1993 and, with a bit more pitching, likely would have led them to their first World Series appearance in that time as well. The trade to acquire Donaldson will likely go down as a steal for the Blue Jays, and that would hold true even if Donaldson retires tomorrow. Donaldson edged out perennial MVP candidate Mike Trout, with Lorenzo Cain rounding out the top 3.

Like I said way back in the beginning of this post, not much to debate with the years winners. All biases aside, the MLB voters did a solid job this year, aside from AL Manager of the Year and now with all award winners named, our sole focus can turn to the hot stove. Thanks to all of you for reading, if you liked my work might I suggest you check out my site over at metsinaround.com and I should also being stopping by over here from time to time.  Take care!

One thought on “The Spotlight On The 2015 MLB Awards”