It’s amazing that as we continue this trip down memory lane looking back at all of the past Royal Rumble events to see how the Royal Rumble transformed and continued to evolve throughout the years.  Let’s get right into the results of the show and what I remember most when looking back at the event.

Brutus Beefcake fought The Genius to a double disqualification

It’s important to remember with these early Royal Rumble events that there was nothing on the line for the winner of the Royal Rumble.  What this meant basically was that the main selling point of the Rumble show was the Royal Rumble match and so everything went into the promotion of the Rumble match and building that match up with as much star power as possible.  Thus, when you go back and watch this Rumble match, it just flies right by because it’s a really loaded Rumble.  In this match alone you had Hogan, Warrior, Savage, Perfect, Rude, Dusty, Andre, Bret Hart, Shawn Michaels, Piper, Jake Roberts and Jimmy Snuka.  That’s a dozen all time great WWE hall of famers off the top of my head.  It begins really quick too as 8 of the first 11 participants are all hall of famers and so this Rumble really holds your interest from start to finish.

The hype for the Rumble throughout the show was also at a premium as I counted pre Royal Rumble promos from 18 of the participants.  Of course, there were also interviews with the Rumble participants before they got to the match.  The two highlights for me were Ted Dibiase and Mr. Perfect.  There was a good amount of intrigue around Dibiase leading into the event due to him buying number 30 the year prior but this year he revealed that Virgil had drawn number 1 for him.  Mr. Perfect, on the other hand, was really coming into his own as a top level heel.  He was still technically undefeated in WWE and revealed before the match that he had drawn the “Perfect number” basically letting everyone know that he was number 30.  It took a little bit of the mystique away from the Rumble that we knew numbers 1 and 30 since those two spots were always given a good amount of hype since it was built that number 30 held the greatest advantage and number 1 the greatest disadvantage (even though honestly number 2 starts off at the exact same moment that number 1 does but that’s neither here nor there).

One of the things I really liked about the show overall was that there were a number of Wrestlemania matches that were teased throughout the night and eventually came to fruition.  Mr. Perfect would eventually go on to face Brutus Beefcake at Wrestlemania 6 after his post-match beatdown of Beefcake after his match with the Genious.  Dusty Rhodes and Randy Savage as well as Bad News Brown and Roddy Piper would also set up their respective Wrestlemania matches during the Royal Rumble match.  Of course though, the biggest showdown would come when both The Ultimate Warrior and Hulk Hogan cleared house of everyone else in the ring until it came down to the two of them alone in the ring.  This was one of the first faceoffs between the two and the crowd just went bananas (quoting the late great Gorilla Monsoon).  It was the top babyface in the company and world champion, in Hulk Hogan, going face to face with the fastest rising arguably hottest babyface in the Ultimate Warrior.  Their faceoff was the moment of the match for me.  Eventually Warrior would get double teamed by the two next guys who entered the match, Rick Rude and The Barbarian, are double teaming the Ultimate Warrior when Hogan runs back in and hits everyone with a clothesline inadvertedly eliminated the Warrior. Just like that you had your Wrestlemania 6 main event.  Thus, while the rumble winner didn’t get a title shot at Wrestlemania just yet, a good amount of the top matches at Wrestlemania were foreshadowed during this show. 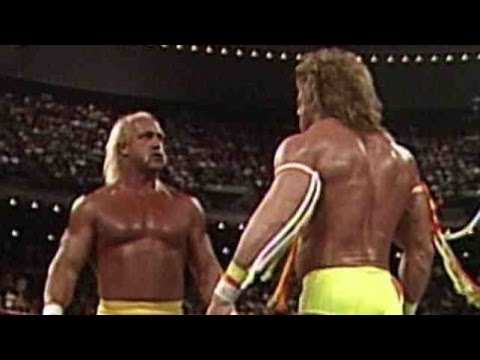 The one thing that, looking back, I would have changed about this Rumble match was that I really wouldn’t have had Hulk Hogan win the match.  It made no sense to have Hogan, the champion, who’s popularity at this point was waning, win the Royal Rumble.  For one this match was all about Ted Dibiase who lasted over 45 minutes from number 1 and I thought he would have been an interesting winner in that he couldn’t win the Rumble at number 30 in 1989 but came back to win the 1990 Rumble all the way from number 1.  Regardless, his long run in the Rumble match would kickoff a three year stretch in where a heel would last the longest in the Rumble match culminating in 1992, which we’ll get to on Thursday.  Mr. Perfect also would have made all the sense in the world to win the Royal Rumble this year.  He was still undefeated and debuted as this arrogant SOB who continued to prove that he was better than everyone at everything.  A Rumble win here really would have gotten him over as that next top heel and had him come across as completely legitimate. (The Rumor I’ve heard for years was that Perfect was actually supposed to win the Rumble but the plan was changed to Hogan, seems to be strictly rumor though at this point)  Of course, at the end of the day, the no brainer choice for the Rumble win this year was the Ultimate Warrior.  He had all the momentum in the world going into this match and him getting the Rumble win over Hogan, to me, would have added even more intrigue to the mega match between the two at Wrestlemania 6. 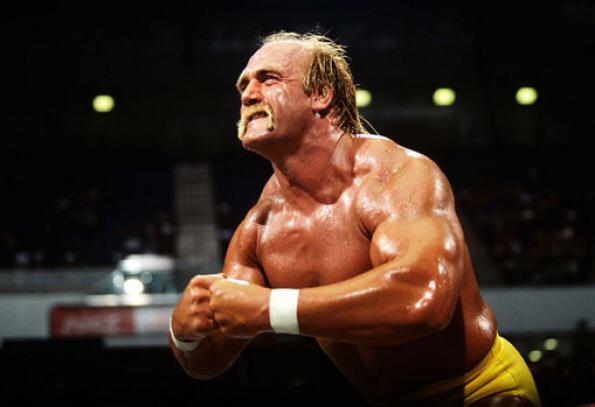 Aside from the Rumble, the one thing I always remember enjoying as a kid was the Rugged Ronny Garvin Vs. Greg Valentine match.  This was more hokeyness but it’s the only thing I remember from Garvin’s entire WWF run.  The story here was actually pretty unique in that Greg Valentine had defeated Garvin in a retirement match forcing Garvin to retire.  When Garvin did retire, he ended up getting all of these odd jobs in WWE like referee and announcer trying to screw with Valentine.until eventually Valentine begged for Garvin to get his job back so that Valentine could get his hands on him.  This led to a match between the two on this show in which Garvin won but what I remember most about this match was the Hammer Jammer.  The Hammer Jammer was a guard that Garvin wore that allowed him to block the figure four leg lock.  This lead to a spot in the match where Valentine locked on the figure four leg lock only for Garvin to make a bunch of funny faces as the move didn’t effect him because of the hammer jammer.  Funny faces aside, this was a pretty underrated match between two veterans.

That’s going to do it for today but what were some of your favorite memories of the Royal Rumble 1990?  Let us know in the comment section below or over on twitter @Daily_Spotlight