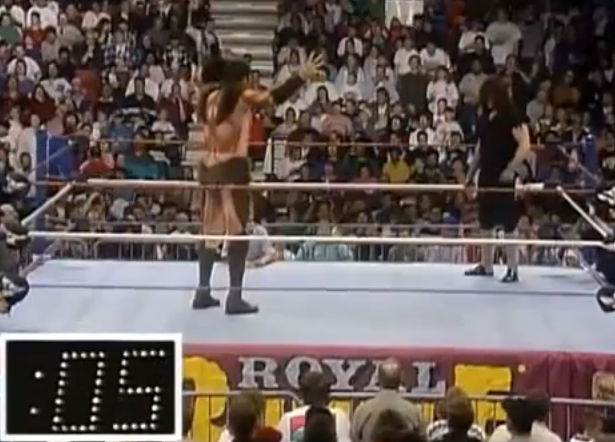 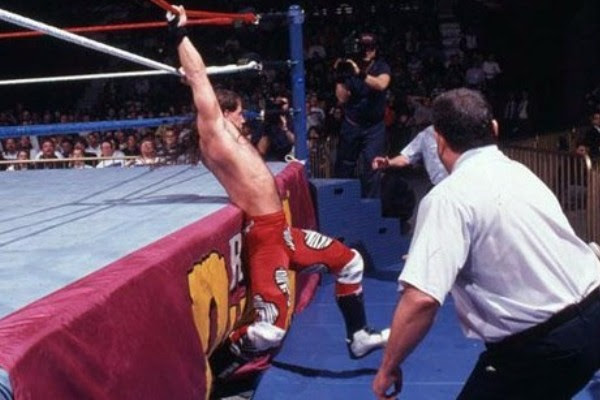 Alright another side story and I have to come clean about something.  I’m petrified of mice.  I know this is quite the segue way but I hate everything about mice, they are the worse and I believe the reason for that was because of a scarring experience following the Royal Rumble 1995.  I went to bed that night and suddenly I nice a mouse come scampering across my bedroom floor and run under my bed.  I screamed as loud as my 8 year old self would allow me.  What was that?  How could it get in here?  My parents came running in to see what was wrong and my father convinced me that it was likely a dream.  We looked under my bed and saw nothing.  Still my mom agreed to run and buy mouse traps.  We set one under my bed and I went to sleep on the couch to get the heck out of my room. Well the next morning my dad call me up to my room and there it was fighting for its life stuck to the mouse trap!  Awful stuff!
Well that’s going to do it for now but I’ll be back later tonight as we finish off the 1990’s. We’ll look at the rise of Stone cold Steve Austin and the WWF in general!
Advertisement