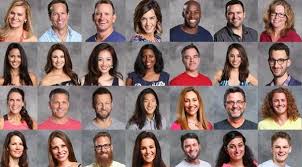 Next Wednesday Popular CBS Reality show main stay, Survivor will wrap up it’s 30th “Worlds Apart” season.  Survivor prides itself in making sure that nobody knows the results of the season finale prior to the show’s airing but I wonder if they shot themselves in the foot this time.

Two weeks ago Jeff Probst announced that for the first time ever, Survivor will be handing the casting power over to the fans with it’s “Second Chance” concept for it’s 31st season.  Jeff went on to explain that the cast will consist of players hoping for a second chance on the show.  The show will consist of 10 women and 10 men, 20 contestants in all who are chosen out of a possible 32 returning contestants and will be chosen based on an online fan vote.  The possible contestants all have one thing in common, they have all only played Survivor one time and they all haven’t won, hence they are getting that “Second Chance”.

I personalty love when Survivor brings back old favorites and, as much as I love Russell Hanz and Boston Rob, I’m glad that the choices of returning contestants are made up solely of players who have only played the game one time.  I plan on breaking down my choices for Survivor:Second Chance and who I predict will make it  but before getting that far I was curious if any of the contestants on the current season of Survivor were on the ballad.

I was pleasantly surprised to see Joe Anglim on the ballad and figured that he would no doubt be on the list as he was a fan favorite and the ultimate underdog,  I fully expect Joe to make it onto the cast of “Survivor: Second Chance”.  Likewise, it was nice to see that quirky lifelong fan and Survivor: Worlds Apart contestant, Shirin Oskool was also on the ballad for Second Chance.

Now here’s whee it gets interesting, not only are Shirin and Joe on the ballad but so are Mike Holloway and Carolyn “Mama C” Rivera, both of which are still in the running for the million dollar prize that will be determined this Wednesday.  If Survivor is already telling us that the contestants are going to be returning contestants looking for a second chance, doesn’t that pretty much make it clear that Mike and Mama C wont be winning the finale on Wednesday?

It also makes sense from the perspective that Mike has been on a miracle run winning most individual immunity challenges, at least since Joe was voted out, but is obviously on the chopping block if he should slip up on the challenges along the way.  Likewise, this past week Carolyn’s fate would have been sealed had she not played her immunity idol as the tribe turned on her.  Thus, by both candidates being on the ballad for Survivor: Second Chance, one would have to expect that Mike will slip up on an immunity challenge down the stretch and, with no more idols in play, Carolyn will be the other to go over the next two votes.  This would mean that the winner of Survivor: Worlds Apart will be one of the aligned Will Sims II, Rodney Lavole Jr. or Sierra Dawn Thomas, who would all lose if they took Mike or Carolyn to the end anyway.

Sure, they could always add a stipulation in before the finale stating that if Carolyn or Mike is voted in and win the finale Wednesday, they won’t make it onto the cast of Survivor: Second Chance, but I haven’t seen that anywhere just yet.  It’s a surprising move for CBS who is usually so protective of their results getting out ahead of time. Regardless, I’m looking forward to Wednesday’s season finale and hoping I’m wrong as I’m pulling for Mike Holloway to pull off his miracle run and win Survivor: Worlds Apart.  The Finale of survivor 30: Worlds Apart airs this Wednesday night at 8 PM EST.