Well it’s that time of the year again isn’t it. It’s that time after the superbowl and just a few months away from baseball season. For some sports fans, they consider this the lull of the sports year but for us wrestling fans we consider this the pinnacle of sports entertainment. That is because from the end of January until the beginning of April, the WWE takes us on the road to Wrestlemania. Hello everyone and thank you for joining me on this journey through the Mania of March. Get set for 31 days and 31 Wrestlemanias through the perspective of a lifelong fan. Every day I will present another Wrestlemania going over some of the biggest moments and the biggest matches that you can follow along with if you’re watching an old coliseum video or going back through the archives of the WWE Network. Even more than that I’m going to tie in personal stories & reflections about wrestling that happened for me as a fan each year. I’ll include pictures (and some videos) of some autograph signings and events I went to as well as memories of what it was like being a fan back during that period of time. This should be a really be a fun ordeal (Especially once we get to the Wrestlemanias that I was alive for) and I would love for it to be interactive. You can always join us on twitter @Daily_Spotlight or join me personally @TommyOnTheSpot. You can also reach us by email at thedailyspotlight2@gmail.com or leave a comment in the comment section below as I’d love to hear some of your feedback as we go through the month of March here.

It’s probably important that we start with the beginning of when I became a wrestling fan. Few people probably know the exact moment that they became a fan of something but I do here. See when I was born, my mother would go to work on the weekends, at least after maternity leave, and so my father watched me. Before the days of Raw & Smackdown, wrestling was on TV on the weekends, usually in the mornings. My dad was a big fan at the time and so while I was in my carriage I’d sit next to my dad as he watched six hours of wrestling every weekend. I really believe that at this time, I was destined to be a big fan. I’ve been a fan my entire life and I’m 29 now. Amongst wrestling fans these days, the lapsed fan podcast has become a big hit (hell I’ve basically stolen this idea from them but that’s a great show I’ve talked about many times so hopefully they won’t mind), well I can say that for better or worse I have never been lapsed. I have followed the WWE from those days with my father in that carriage thru today. Any time I have some down time at work or in my personal life I always like to mention that I’m a big wrestling fan. On the first day of school every year, I would wear my favorite WWF T Shirt as this was my way of making friends. Today I’m a coordinator for human resources and spend my time editing resumes for people all of the time. This didn’t stop me from proudly displaying my volunteer work at Wrestlemania 29 on my resume for every future employer to see. I’ve always been a big defender of all things wrestling. It’s always irked me to hear people scoff and say that wrestling is fake or question why anyone would watch it. For me I’m as passionate about wrestling, if not moreso, than I am about professional sports.

As for Wrestlemania, as I go through each of the different shows, you’ll see this changes but when I first started watching Wrestlemania, I didn’t realize it was such a big deal. This was because, as a kid, I loved gimmick matches. Thus, I’d go back and rewatch the Survivor Series and the Royal Rumble over and over and rarely would Wrestlemania until I got older. To me the Rumble was the biggest show of the year followed by the Series, Mania and Summerslam. Don’t worry though, sooner than later I was able to figure out what the true grand daddy of them all truly was… Wrestlemania! These days, my girlfriend and I attend every wrestlemania since we’ve been together (since the middle of 2012). We’ve been able to turn Wrestlemania into one of our annual vacations, for my girlfriend’s birthday no less. Thus, the further along we go through these wrestlemanias, they in many ways change as I have changed in my 29 years of life. I’ll go from reminiscing a lot about my family and in particular my father, who tragically passed away just a few months ago. We’ll go from the likes of attending fan fest with my dad during Wrestlemania 10 weekend to what it was like to be there the night Brock Lesnar ended the Undertaker’s streak and everything in between. Without any further ado let’s start at the top, with the very first Wrestlemania.

I wasn’t born yet for the first two manias. But I think I could sum my feelings of that first Wrestlemania by recalling a conversation I had with my girlfriends dad last week. There was a commercial that aired in the middle of the Knicks game (why I still support that terrible team I couldnt tell you) in which the MSG network was promoting a documentary they were airing on the original Wrestlemania. He said “The first Wrestlemania was the best, you had everyone on that show from Cyndi Lauper to Mr T to the Rockettes, even Muhammad Ali! That’s when wrestling was at its best!”. Now if you’d notice there, my girlfriend’s father didn’t mention one wrestler in that bunch and I can’t say I blame him. Other than Hull Hogan, on that first mania it was really more about the celebrities. The matches weren’t given too much time and for the most part don’t really hold up today. I mean on the first few matches alone they contained the likes of Special Delivery Jones, David Sammartino and the Executioner, not exactly first ballad WWE Hall of Famers. That being said, if you do go back and watch the celebrity involvement from the first Wrestlemania, whether it be Liberace dancing with the Rockettes, Pat Patterson doing everything he could to hold back Muhammad Ali or Mr. T teaming with Hulk Hogan, these are moments that stand the test of time and can be looked at fondly today. 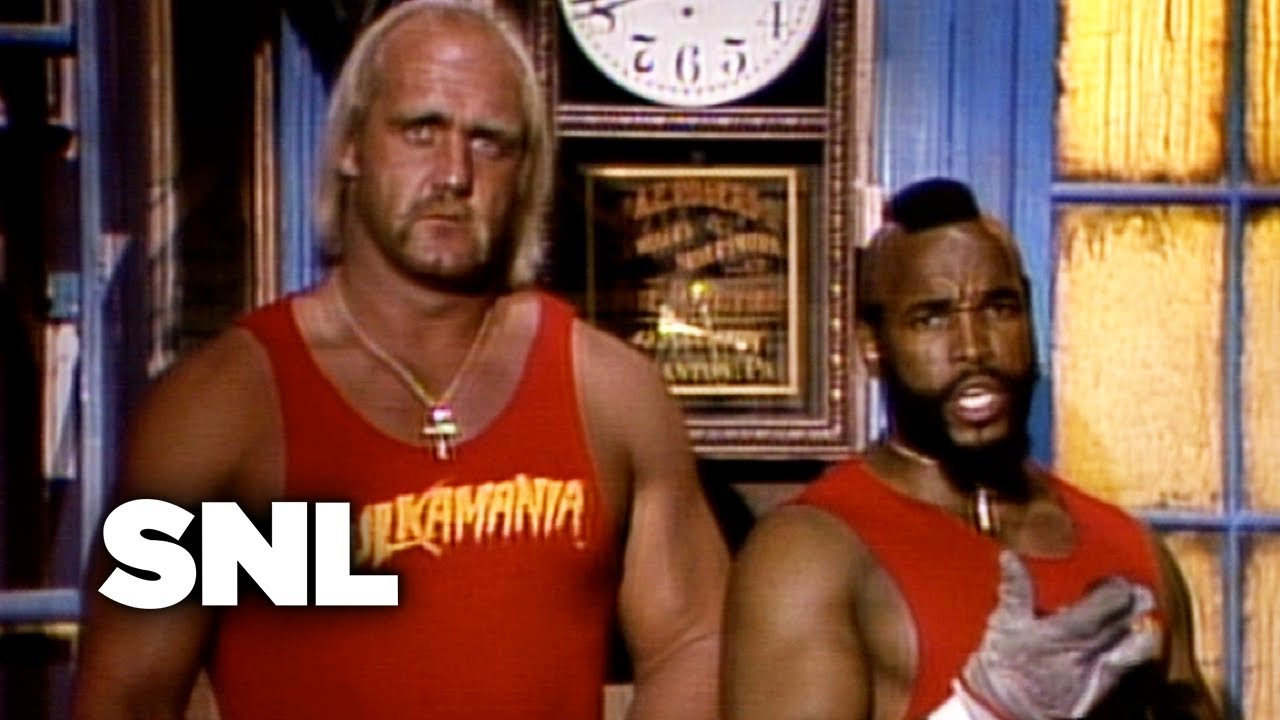 Of course when looking at the first Wrestlemania you would be remised to mention the major financial risk that Vince McMahon took with Wrestlemania. This was really the first Wrestling event that was being pushed as a live pay per view event broadcast live through closed circuit telvision. Thus, the production for such an event was very expensive as was having so many A List celebrities as a part of the show. But through unbelievable promotion such as an appearance on Saturday Night Live for Hulk Hogan & Mr. T as well the rock and wrestling partnership with MTV, Wrestlemania was a smashing success. Not only did Wrestlemania sell out Madison Square Garden but it also raised over 1 million dollars on closed circuit television. If you’re unfamiliar with closed circuit, by the way,I really like the idea that the first Wrestlemania was mostly seen primarily through closed circuit, this was when fans would gather in arenas or theaters to watch Wrestlemania together because it was before the days of pay per view. I have always thought this would still work today. I think it would be really cool to go down to the Garden to watch Wrestlemania live on the big screens with a bunch of screaming WWE fans or even in the local AMC movie theater.

The One Match You Should See:

As far matches go with the first Wrestlemania, if you’re looking for that Shawn Michaels- Undertaker Wrestlemania 25 level match, you’re just not going to find it here. That said, the main event between Hulk Hogan and Mr. T vs. Roddy Piper and Paul Orndorff was a lot of fun with all of the celebrity involvement as well as Jimmy Snuka and Cowboy Bob Orton. I also really enjoyed the Andre The giant/ Big John Studd match if for nothing else than Andre The Giant getting the babyface spotlight. He’s just adored by that Garden crowd.

Well, that’s going to do it today but I’ll be back tomorrow as we’ll look at Wrestlemania 2!