Yesterday afternoon Paul “Triple H” Levesque conducted his quarterly Conference Call in which he speaks with different members of the wrestling media either the day of or the day prior to an NXT live special  Unfortunately, I wasn’t able to listen to the call live because of my 9-5 gig but thanks to Jason Powell of prowrestling.net the entire call is available to the public.  I think this is something very cool that Triple H does and shows how much he has his finger on the pulse of the audience that contains NXT’s most passionate fanbase.  I also find the calls quite enjoyable as you can tell how badly Triple H wants to see NXT succeed, he’s obviously very proud of his braintrust and I can’t say I blame him one bit.  Here are some highlights from the conference call. 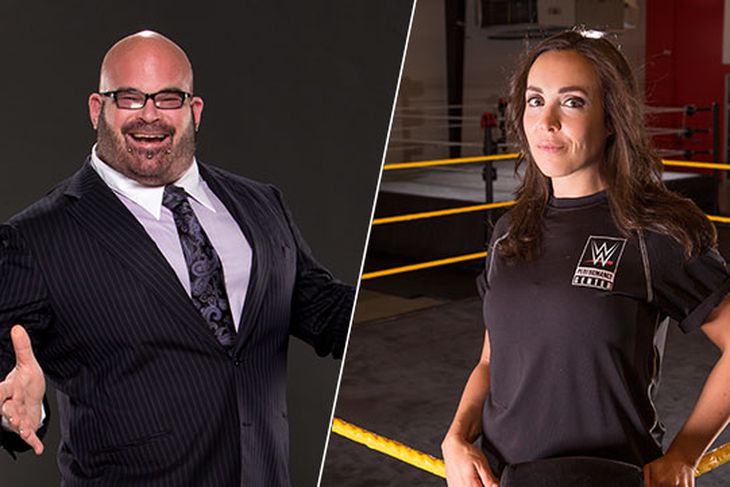 1) Bloom and Amato Get The Call- One of the most newsworthy items to come out of Triple H’s conference call was the announcement of a new head coach and assistant head coach of WWE’s developmental system, NXT.  As for the head coach of NXT that was a position given to WWE veteran Matt Bloom.  Bloom is probably best known as, the former Prince Albert, A-Train, Tensai, and (most recently) Jason Albert, to most WWE and NXT fans.  I personally saw Bloom watching Wrestlemania live, right below where I was seated, with the NXT talents and I could tell how much respect the talents had for him.  As for the Assistant Head Coach of NXT, that honor went to Sara Amato who is probably best remembered by wrestling fans as the former Sara Del Ray who wrestled Ring Of Honor and Shimmer, among many others.  I couldn’t be happier to hear of Amato’s promotion as she is very talented and if the current crop of NXT women are any indication, she’s doing a great job!

2) NXT Unstoppable Updates-  Triple H addressed the elephant in the room  head on during the call announcing that Sami Zayn has been cleared for tomorrow night so the main event will remain as advertised.  Unfortunately, the same cannot be said for Hideo Itami who is injured, though Triple H did mention he’d be represented “in a storyline sense” at the show, he is scheduled to take on both Tyler Breeze and Finn Balor in a triple threat number one contender’s match.  The rest of the card will be filled out by Charlotte and Bayley taking on Emma and Dana Brooke, Rhyno vs. Baron Corbin in a grudge match, a tag title match that will see the champions Blake and Murphy vs. Enzo Amore and Colin Cassady and a women’s title match in which Sasha Banks will defend her title against Beck Lynch (no relation, sadly).

3) A Second Touring NXT Brand?- One of the other major things to come out of Triple H’s conference call are long term potential plans to have NXT split off into two different touring brands.  The idea would be to have the main NXT roster make up the brand that would be touring larger venues, perhaps nationally, and then have a second NXT brand consisting of the up and coming NXT superstars and divas, run smaller venues likely in and around the Florida area.  This is a great idea and creates that double A, triple A baseball like system throughout WWE.  It really makes a lot of sense when you consider that no more than 20-25 NXT talents are usually on a live two hour show.  On the ESPN E:60 special you heard Triple H say that there are currently 75-80 men and women down in the performance center.  This would be a great way to get those other 50 members of NXT that live event experience if they aren’t quite ready to be featured on the NXT progam.

As always a very informative conference call as I feel they offer a unique behind the scenes perspective leading up to the NXT live special.  I always thought it would be a cool idea for either Triple H or Vince McMahon to do one of these calls for the WWE pay per views as well.  If I were on the call I would ask if their were any plans to sign talents specifically to NXT.  As NXT continues to expand and get bigger as it’s own entity, I feel that it will eventually become hard to continue to build around superstars who are on their way out of NXT at some point, although that sure hasn’t been the case as of yet.  I also wonder if there’s nothing for some of the current WWE superstars if maybe they can go down to NXT for some work or a fresh coat of paint, similar to what Tyson Kidd did.  The name that comes to mind for me would be Jimmy Uso, who hasn’t been on WWE TV since the injury to his brother (Jey is out for the next six to eight months) and would, in my opinion, be a welcome addition in NXT, at least in the interim.  Regardless, i’m excited for NXT Unstoppable and hope that these calls with Triple H continue moving forward.  I’ll be back with a Spotlight immeidately following NXT Takeover: Unstoppable.  If you’d like to listen to the entire Conference Call you can do so by clicking here http://www.prowrestling.net/article.php?font-color-996600-05-19-Prowrestling.net-Podcast-Triple-H-takes-pro-wrestling-media-questions-and-promotes-Wednesday-s-NXT-Takeover-Unstoppable-live-special-font-42304 or by visiting prowrestling.net directly.